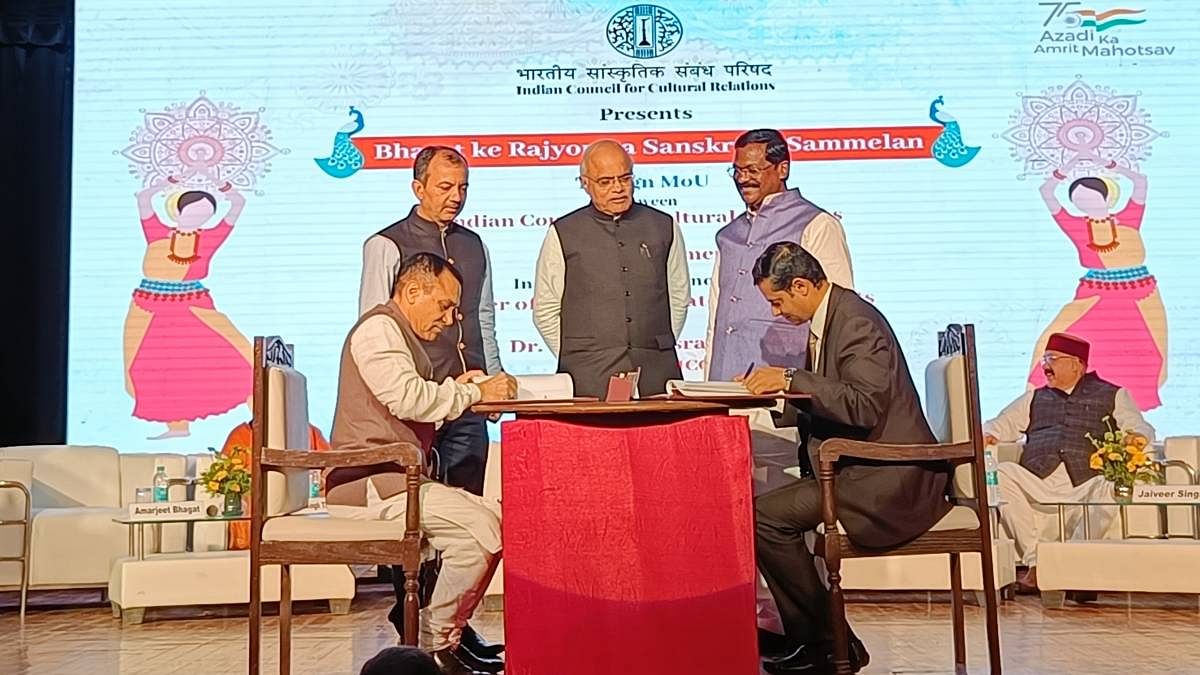 New Delhi: The Indian Council for Cultural Relations has signed a first-of-its-kind Memorandum of Understanding with 23 states strengthen and promote cultural diplomacy abroad, the council said on Friday.

The ICCR said the organization will help states showcase their culture by organizing seminars and exhibitions, as well as promoting tourism, literature, handicrafts and cuisine.

The ICCR is an autonomous government agency under the Ministry of Foreign Affairs. It aims to foster India‘s global cultural ties.

Speaking to ThePrint, ICCR President Vinay Sahastrabuddhe said that working with states will lead to more financial and social resources, which will help Indian states bring their rich cultures to the world stage.

It would also help bring lesser-known areas such as regional literature and textiles to a wider platform, he said.

“Gateway to the Indian States”

Calling the event “historic”, Sahastrabuddhe said the initiative will help “bring the global community and international culture to Indian states and serve as a gateway to Indian states”.

This would help showcase and connect traditional craftspeople “who showcase the rich cultural heritage” and also lead to greater global community awareness of the states’ rich literary tradition, he said during the meeting. the event.

“Through the signing of this Memorandum of Understanding, the state government will be able to send its focal troops abroad to various countries to spread local cultures, which will lead to greater appreciation of local cultures in the world. and vice versa. Issues such as visas and other finances will be resolved through this collaborative approach between the ICCR and the states,” Vivek Acharya, Director of Culture Department, Government of Chhattisgarh, told ThePrint.

The MoU is a formalization of collaboration between states and aims to ensure equal representation for every state across India in the world, ICCR Deputy Director General Rajeev Kumar told ThePrint.

“The goal is to create a brand image of the States festival and bring that brand to global audiences as culture connects,” he said. “States can now showcase their traditional art and artists to raise awareness of each state’s rapidly declining art forms. We aim to diversify and provide a platform for their local artisans to support them economically, both nationally and internationally.