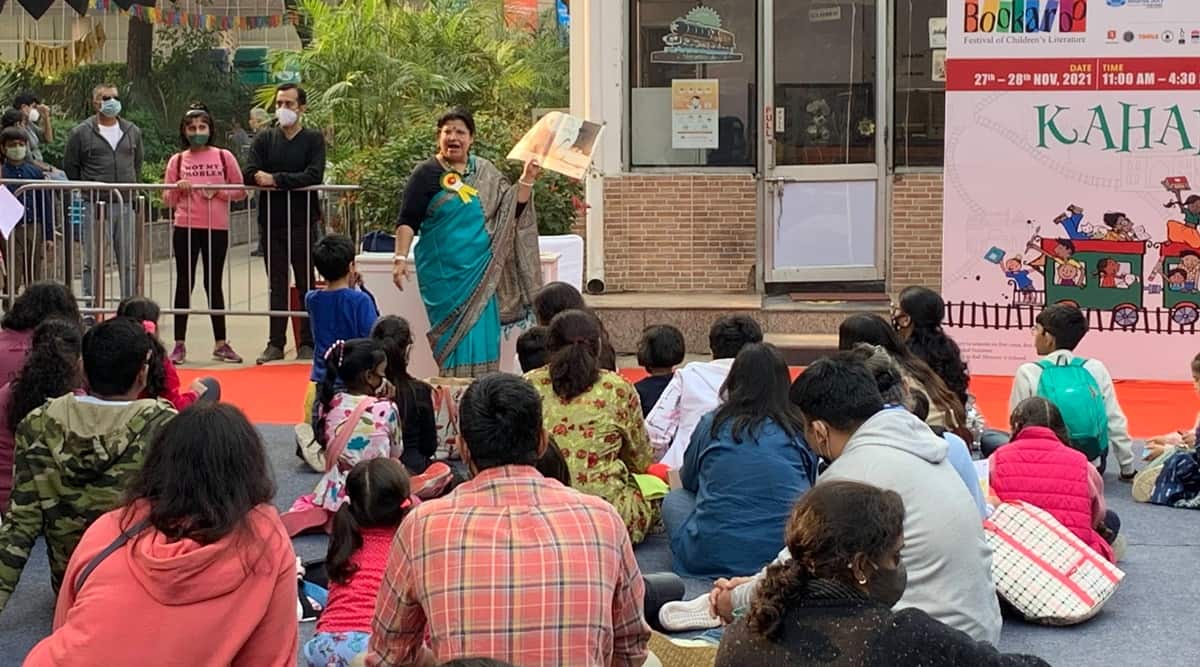 Until the pandemic and the Central Vista redevelopment project reshape the city and our relationship with it, for many children in Delhi, sunny afternoons on the lawns of the Indira Gandhi National Center for the Arts (IGNCA) in Janpath, listening to some of their favorite storytellers bring stories of wonder and joy to life at the Bookaroo Children’s Literature Festival, which was a winter staple. This is why the return of the festival after nearly two years, this time at the National Rail Museum in Chanakyapuri (since the old IGNCA complex has been razed), also marks a return to a semblance of pre-pandemic life. The two-day festival, which kicked off on November 27, will see 46 speakers – children’s writers, illustrators, storytellers and publishers – hold sessions for children ages 4 to 14.

On Saturday afternoon, the weekend buzz at the museum seemed to have picked up, as long lines of parents and children made their way to the venue. Inside, at six different locations, storytelling and arts and crafts sessions were underway with seasoned writers such as Ranjit Lal, Paro Anand, Deepa Agarwal and artists such as Savio Mascarenhas and Mistunee Chowdhury.

Even though this year’s festival is on a smaller scale – 48 sessions as opposed to the 90-100 weekend sessions and an additional 25-30 the previous Friday – festival director and co-organizer Swati Roy says their efforts have been spent to be sure there is something for everyone at the festival. “As always, we have a lot of new speakers – newbie writers and illustrators. We have an ongoing activity called The Healing Wall, based on the book Somnath Hore: Wounds (by Likhla, Shambhavi Thakur and Kripa Bhatia, published by Art1st). Here, children and adults can come and express their pain and anguish, guided by the artists who created the book, ”she said.

As the kids flocked in, pored over the program brochures to decide where to go, or headed to the festival bookstore to buy a book from an author they had just discovered, the writers said they were thrilled to to be back in one of the best in the country. children’s literature festivals. “It was great to find some semblance of normalcy… (It was) great to see the animated faces of the kids and to chat with some who are really going to make it okay despite our education system which aims to tie them up,” Lal said. , which had one of the opening sessions of the day.

“Bookaroo showed city kids (and their parents) how to punch up reading for fun and recreation. It showed them how to read without a diary, but at the same time, also allowed them to create their own, if they wanted to. It was like a movement of love for the book that started out small but continued to grow with each new edition. And it has become an inspiring prototype for many similar engaging acts that have followed in various cities, both that of Bookaroo but also by other organizers who come in all degrees and shades of passion for books and resources. for children. Bookaroo’s contribution to Indian kid-lit can’t quite be measured, so it has been closely tied to the rise of that glorious phase that we’ve seen in children’s publishing lately, both in terms more and more children’s interest in reading. , and in that of providing a platform to celebrate books, creators and stories. Look at the number of book releases that occur each Bookaroo and it’s easy to see why our publishing plan is focused on this annual event! Said author Richa Jha, publisher of Pickle Yolk Books.

* While Bookaroo sessions are free, entry to the National Rail Museum is chargeable. Tickets cost Rs 100 per adult and Rs 20 per child on weekends. 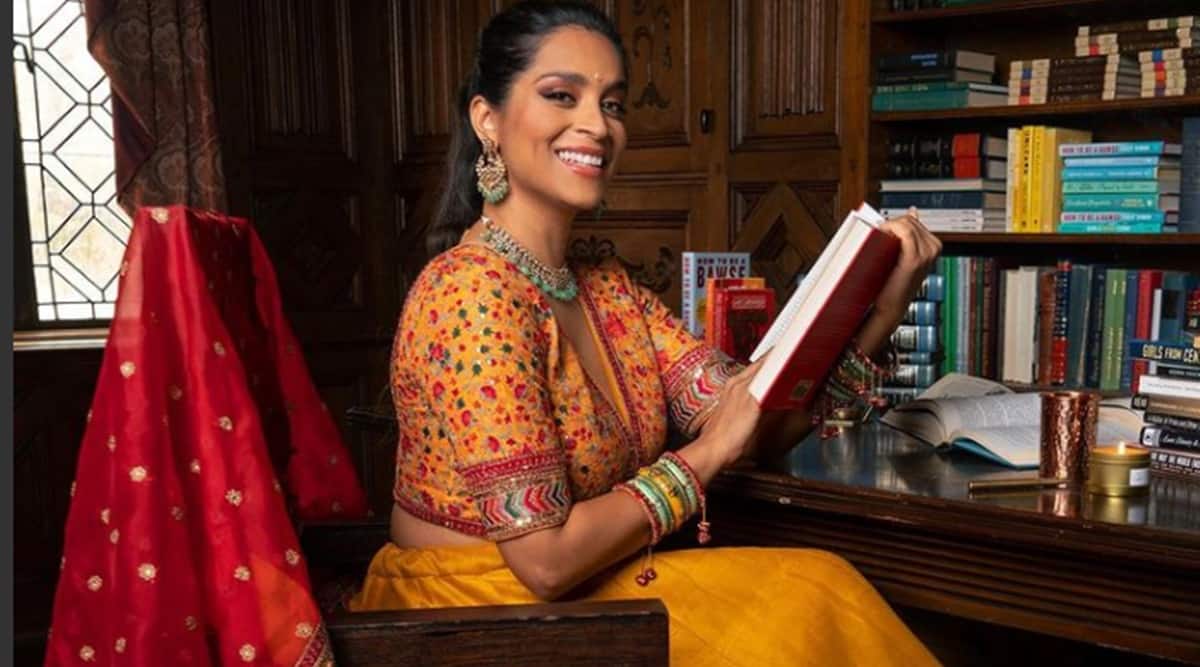 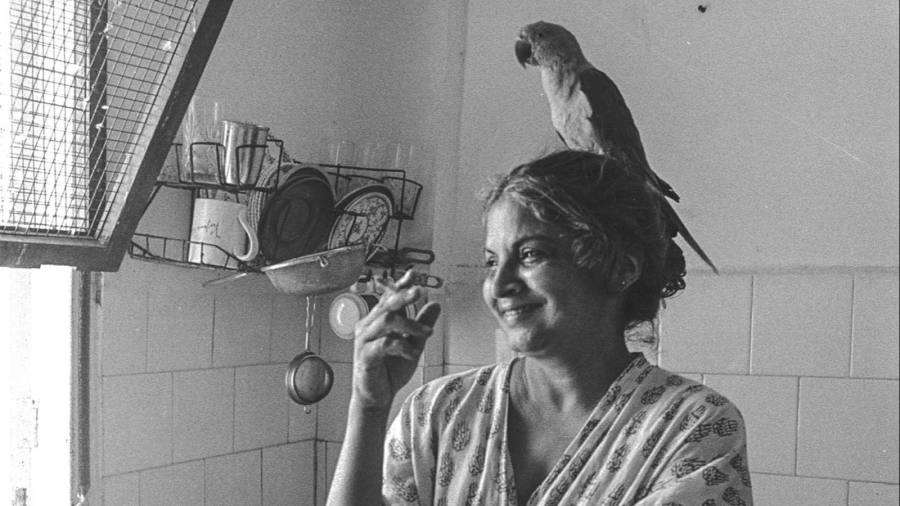 The Penguin Book of Indian Poets – a feast of literature 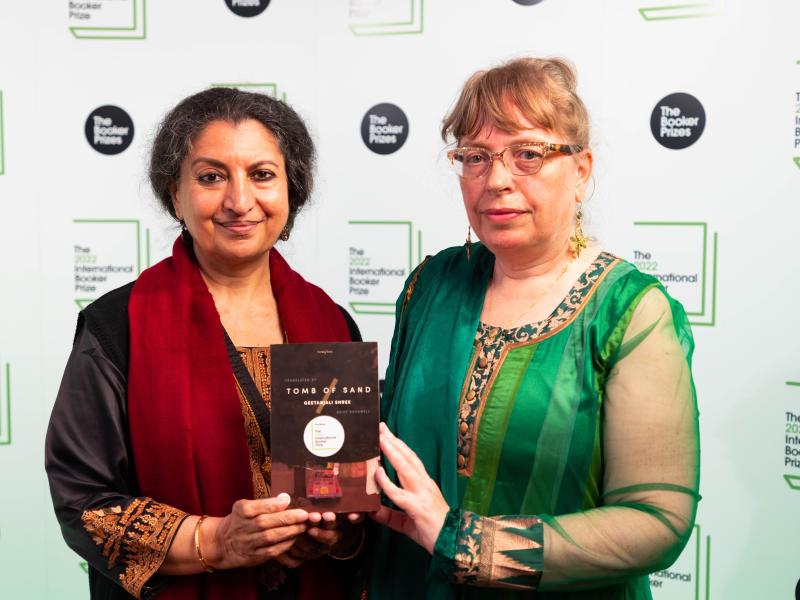