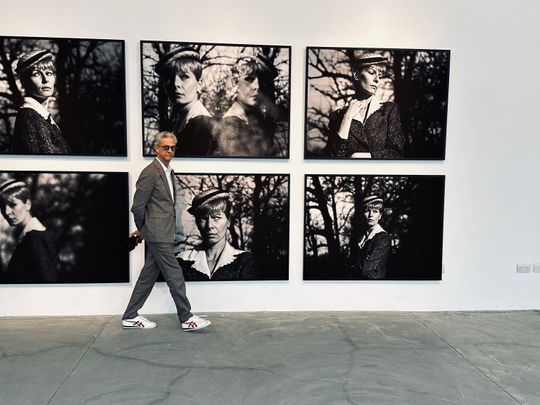 Through the fascinating lens of Max Vadukul

At the Al Safa Art and Design Library in Jumeirah, I look at a fascinating black and white image of a woman in an antiquated kitchen. An apron tied over her printed dress, she holds the lid of a jar in one hand, while her other hand is cupped around the side of her mouth, clearly shouting out loud. Streaks of frustration and anger are etched on her handsome face.

On an adjacent wall, the portrait of the same woman, international Russian model, Ludmilla Voronkina Bozzetti, here metamorphosed into a matriarch, her hair up in a beehive bun, her fierce gaze burning with emotion.

About thirty striking black and white images of Ludmilla are presented in the gallery, as part of the exhibition Timeless (until November 25, 2022).

As I stroll admiring his portraits, walks Max Vadukul, the man behind these powerful photographs.

Revered for his fine art reportage photography, the Indian-born British photographer has a long career with some of the world’s best-known publications, including The New Yorker, French Vogue, Italian Vogue, W magazine and Rolling Stone. . Her portfolio includes some of the biggest celebrities from around the world – think Mick Jagger, Amy Winehouse, Mother Teresa, Brad Pitt and Bruce Springsteen.

Tall, slender, dressed casually, sporting a pair of tortoiseshell-rimmed glasses, Max, 61, was gracious as he showed me around the exhibit. ‘You are looking at the evolution of a woman with an interesting past. There are no commercial credits in this series, no labels, I have not touched his photos; it’s his lines, his spots, his expression, everything is as authentic as he is,” says Max.

The seeds for the Timeless exhibition (which also runs parallel to the Oblong Contemporary Art Gallery, Bluewaters, Dubai) were sown in mid-2021, when Max, who is based in Milan, was working on The Zero Collection by Roberto Cavalli. One of the role models for this mission was Ludmilla. ‘She was different. I felt she had a story, a real strength and a touch of steel. I transformed her eight times to give her versatile looks in this series,” he says.

As Max talked to Ludmilla, he was fascinated by her past and felt a strong connection to her. Originally from Sochi, Russia, Ludmilla had, he told me, started working when he was 13 years old. Her Soviet-era experiences and the life she spent with her grandparents in their rural village shaped her enormously. In these portraits, Max captured the changing role of a woman in society. Ludmilla poses in one frame as a child holding a bouquet of tulips, in another as a confident career woman, then a vulnerable housewife and a strong mother. The one where she’s screaming in the kitchen, Max admits, is a typical Vadukul image. And what am I asking? “Emotionally charged, dramatic, what I would call elegant violence,” Max reveals.

Timeless, Max’s first exhibition in the Middle East showcases his style of black and white imagery. In his biography, he describes it as taking reality and turning it into art. His distinctive images, he says, bring high energy and spontaneity to the traditional commercial form of fashion photography.

In the 90s, Max was the photographer for The New Yorker and was the first Indian photographer to do covers for French and American Vogue. English musician Sting has described his photography as “On the move style”. The National Geographic Channel made a feature documentary about Max in 2000 about the unlikely arc of his life after Africa.

“The past few months have been significant. In September I launched The Witness – a climate change exhibit in Milan about the malevolence humanity has brought to the planet. Now I’m here in Dubai, for my first show in the UAE. This month, I also collaborated with Yohji Yamamoto for his capsule collection marking the 50th anniversary of his brand Y’s,” explains Max.

The climate exhibition which runs at the Fondazione Sozzani in Milan until January next year features 20 large-format images by Max dedicated to the environment. He shot these images in some of the most polluted cities in the world. A shiny metallic orb appears as a silent witness suspended above piles of trash and amid tight traffic intersections in this series.

Max has had a long association with Japanese designer Yohji Yamamoto. At the age of 23, he was discovered by Yohji when he was commissioned to produce one of his prestigious advertising campaigns in 1984. Since then, they have collaborated on several occasions. “It is a huge honor for me to have my photographs printed on the clothes designed by Yohji, one of the most prestigious designers in the world today,” he shares. The capsule collection revisits some of the best moments in fashion, from Max’s work with the Japanese designer since the 1980s.

At a time when the world is watching Rishi Sunak, an Indian-born British Prime Minister, what does this bode for Max, I ask? “My Indianness is not something I brag about. But it is now more appreciated than ever before,” he says. “I have never been denied an opportunity because of my origin. attribute that to skill.

That pretty much sums up Max’s journey. Because, looking back on his past, there is no other explanation for his rise than his talent.

Born in 1961, in Nairobi, Kenya, to Gujarati parents, as Mradukant Shantilal Vadukul, his family was forced to move to the UK when he was nine years old due to political strife. While her mother found work in a pencil factory, her father was a camera salesman. “Max was a name given to me by the school children. If you were a refugee from Kenya who came to England at the age of nine, what child would call you Mradukant. And that’s how I became Max,” he smiles.

The early years of the Vadukul family in the UK were full of struggles. “The five of us lived in a small room, my parents and my siblings,” he recalls. To help his mother find work in the factories, young Max often had to skip school. Finally, at the age of 16, he left school and, as he puts it, “entered the school of life”.

Early on, he had discovered a passion for photography and now he was free to explore and perfect it. Over the years, her distinct motion-filled imagery has found her a place in some of the most well-known fashion and editorial establishments.

Looking back, one of his most valuable editorial shoots happened in 1997, he says, when he was commissioned by The New Yorker to click on the Indian Fiction issue featuring new Indian writers. – Arundhati Roy, Kiran Desai, Amit Chaudhari, Amitav Ghosh and Vikram Chandra. , among others. This assignment became a career highlight for Max as he also had the opportunity to click Mother Teresa, describing her as one of his most memorable photo projects. “We had an official letter from the New Yorker to photograph Mother Teresa, but she proved so shy and reluctant that we had to wait two days outside her offices in New Delhi. Luckily for us, Mother Teresa agreed to grant us ten minutes.

While waiting to shoot, he remembers having “a real taste of India”. A monkey snatched a bag full of money from the publisher. I was laughing like crazy, but the English editor was freaking out,” Max recalls.

Photographing Mother Teresa was clearly one of her most cherished assignments. He set about doing his business quickly, making the most of their time. “I had the most beautiful photo of a person I have ever taken – this photo was a victory for me. I had gone to click it, clouded by the criticism, but came back with a brand new [perspective of her]. I found her to be a giver, not a taker.

Yet another shoot that Max found intriguing was with musician Rod Stewart in Brooklyn, again for The New Yorker. “When Rod came in, he didn’t want to meet anyone. He didn’t want to see her wardrobe. He just wanted to shoot,” says Max, who just shot three images and called it a wrap. ‘Rod got in his limo and then stopped and came back and said, ‘Wait! Can we start again?’ and then I couldn’t get rid of him for three hours.

An album cover with legendary singer Aretha Franklin was also a great learning experience, says Max. “She had an Egyptian theme and sat on a throne for the shoot. She would just sit there, turn her head and say, ‘Take it’, so I asked Aretha, ‘Are you saying we’re only supposed to click you when you say? She said, ‘Exactly!’ I told my assistant to do just that, and I started moving around, taking pictures of her going up and down the throne and got a great shot of a very difficult situation.

Visual imagery is in fashion today, let’s discuss it. Everyone is here to get a good shot with the maximum likes for the gram. What would be Max’s advice to young photographers?

‘Post your photos if you wish. Don’t do it for likes and comments. If you’re looking for praise all the time, then you’re a prisoner of that praise,” he warns. 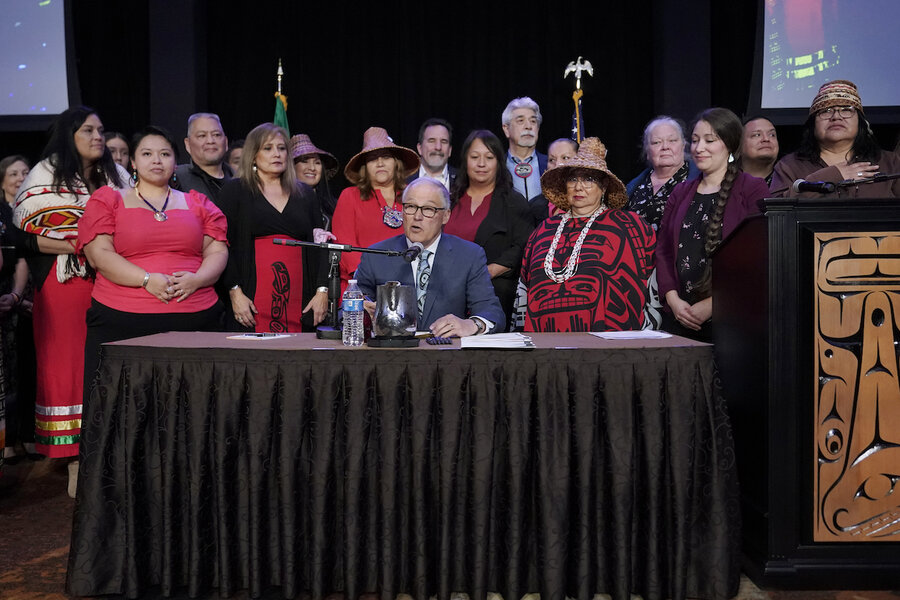 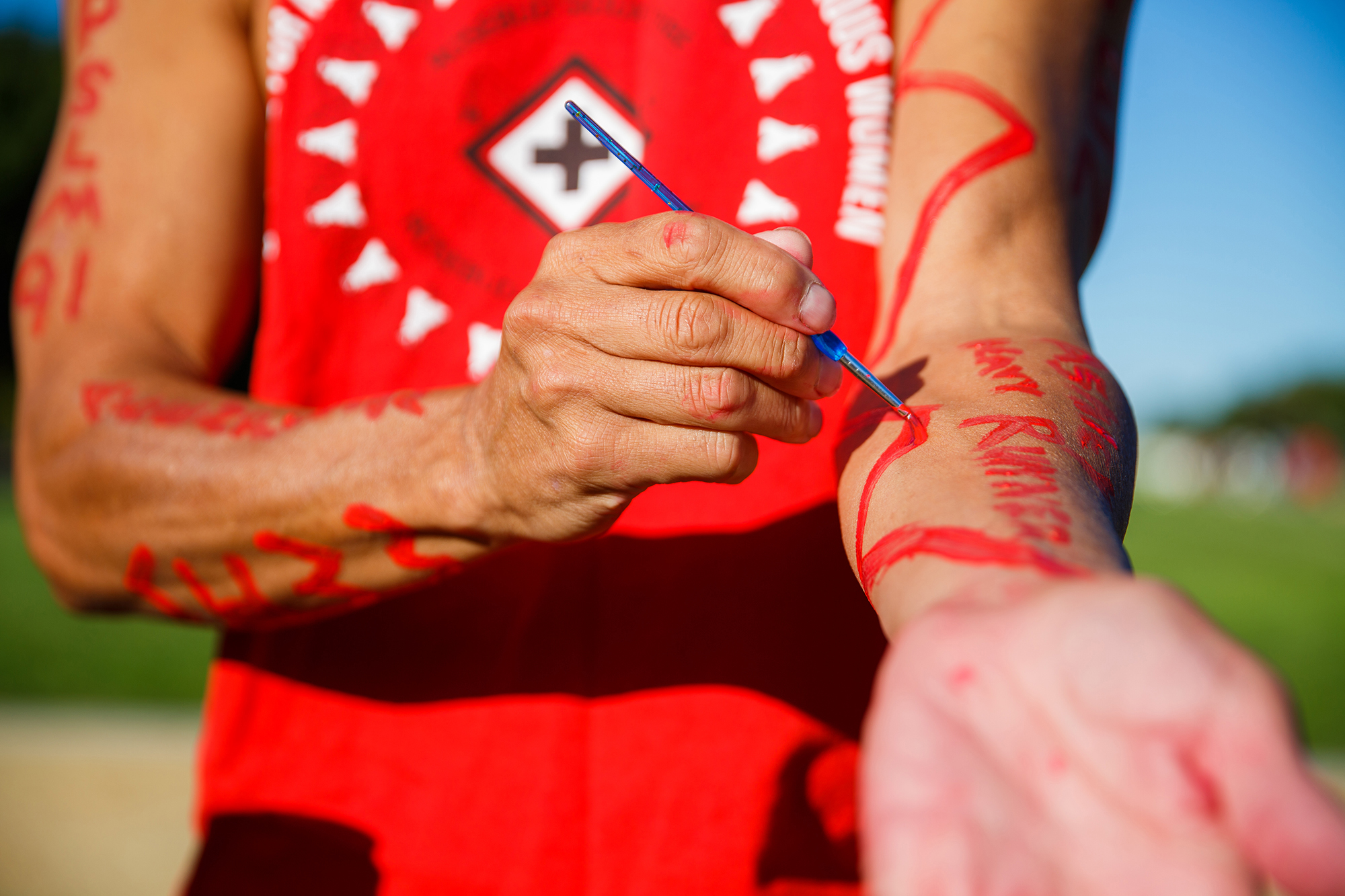 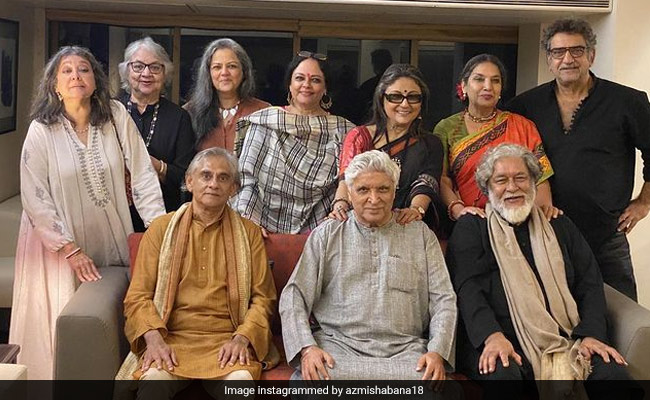