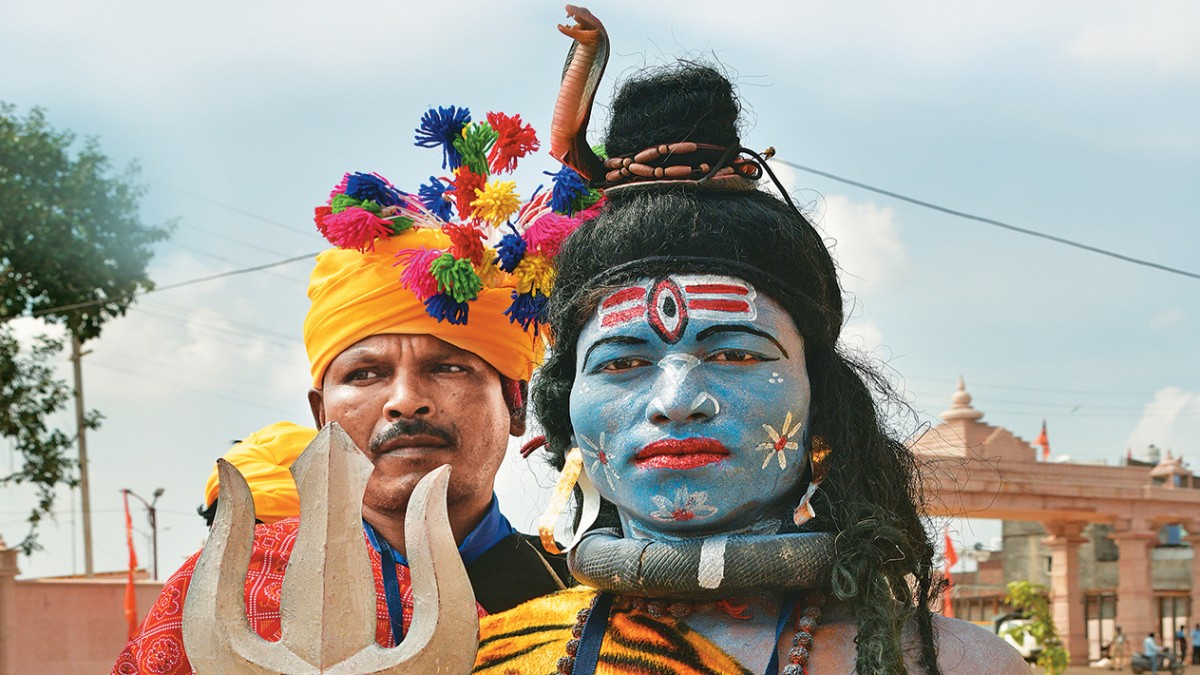 Religion in so-called liberal democracies has always shaped political culture. Political theorist Leo Strauss called it a “theologico-political problem” that concerned authority, primarily, a rendezvous between the divine and political autonomy. How do you situate religion in politics in a democratic, diverse country that is committed to being secular? Increasingly, in India, the issue of mixing religion and politics has gained momentum, certainly since the demolition of the Babri Masjid. Call it the fine comb of majority beliefs or call it what you want, the fact is that India is a multicultural place and not a majority nation state.

The representation of gods in iconography and imagery becomes an important determinant in the construction of people’s identity and this in itself is an opportunity for political parties to use this representation according to their agenda. After the BJP’s appropriation of Ram, various political parties rushed to align themselves with other gods in the pantheon.

Shiva has often been invoked by different political parties and Prime Minister Narendra Modi has often been referred to as an avatar of Shiva. But Shiva is a complicated figure. In this issue, we examine the integration of religion and political narratives, how divine authority is conceptualized and implemented in this mix of democracy, secularism, religious diversity and religious criticism, how the appropriation of religion is at work and, above all, how it could not succeed.

We have seen enough and more similar cases in the past with Kashi Vishwanath in Varanasi and Mahakal Temple in Ujjain recently. What does it mean? Alienation or merger? Isolation or inclusiveness? Will the gods of the Hindu pantheon be reduced to singular narratives and used to polarize identities based on a politics of otherness? Will a secular state resist the power of the gods expressed and recast as a result of the vote banks? Will Shiva be appropriate? Or is the figure of Shiva, and of the gods in general, more cunning than we think?

(This appeared in the print edition as “Gods in Political Play”)