that of Daniel Jakopovich Consolidation of revolutionary peace is a beautiful collection of writings exploring how we can achieve a society of peace and social justice, finds Ellena Plumb-Javed

Making Revolutionary Peace: Writings for a Culture of Peace and Non-violence is a brilliant collection of stimulating intellectual and academic essays, and beautiful poems, which pave the way for liberation from structural and cultural violence.

The author of the book, Daniel Jakopovich, is a sociologist, philosopher, poet of peace and progressive organizer with long experience as an activist for peace, social justice, human and animal rights. His radical opposition to oppression and injustice has included years of campaigning against war, militarist and capitalist oppression, Islamophobia, anti-Semitism and other forms of racism, the oppression of the Palestinian people. , brutal and abusive treatment of animals and many other forms of violence. and injustice.

One of the opening quotes from Jakopovich’s book is Martin Luther King, Jr.’s statement that creating a peaceful society “will require qualitative change in our souls as well as quantitative change in our lives.” As Jakopovich explains, the struggle for change requires a joint emphasis on deep structural change and the simultaneous transformation of people’s consciousness.

Of course, we cannot overcome the world’s problems simply by realizing how our lives are subject to authoritarian control under the “veil of democracy” (Noam Chomsky). This book helps us look more broadly, beyond our individual lives and beyond the West. It is inspired by experiences of struggles for a better world from Italy to India, and from South Africa to the United Kingdom. It reveals and honors the various aspects of social life that “weave a web of bonds through our orb”, as one of his poems puts it. Many of the writings poignantly describe the inhumane treatment of the world’s poor and dispossessed, migrants and refugees, prisoners and other marginalized populations, including the Palestinian people.

The writings forcefully reveal the wickedness of militarist, neoliberal and neocolonial violence and exploitation, the crimes of imperialism and capitalism in the world, especially examining their horrific and deadly consequences against the peoples of Africa, the Middle East (including in the article ‘Children as’ collateral damage ‘of the Iraq war’) and elsewhere as well. The articles also stress the need to foster global solidarity, compassion and unity as crucial antidotes to the forces of brutality and division. These analyzes cut through the webs of deception and confusion that serve to protect the existing state of affairs. For example, writing about anti-Muslim racism, Jakopovich observes:

“Anti-Muslim racism has been widely fueled by successive governments, right-wing media and other elite actors in order to create an ideological climate conducive to continued military interventions in Muslim-majority countries, as well as to support the strengthening of domestic surveillance and state repression, in addition to its more general utility as a vital tool in the repertoire of conservative divide-and-rule strategies and tactics… The basis of anti-Muslim racism in Great -Brittany is the notion that Muslims are both “enemies to” enemies from the outside, indicating that racist violence inside the country and imperialist violence abroad are inextricably linked. Rise of anti-Muslim racism has also played a major role in generating large-scale hostile reactions against the victims of capitalism, violent fundamentalism, authoritarian regimes and wars. are imperialists – especially against those who have sought refuge in Europe and the UK. (p. 495-6).

Jakopovich’s human and revolutionary book can help us wake up from this entrenchment of contemporary capitalism that plagues many aspects of global society. The book explores both the sources and character of systemic violence under contemporary capitalism, as well as the strategies required for progressive, transformative change.

In their analysis of contemporary social violence, the writings in the book explore a number of interrelated themes, including obstacles to the creation of true democracy, our various dynamics of life and restrictive relationships, conformist education focused on creation of obedient workers and subjects, manipulative mass media and consumer culture, exploitative economics, and undemocratic economic and state institutions. Jakopovich shows that these problems are linked to many issues such as militarist, imperialist and racist oppression, as well as the climate crisis, violence against animals and other alienating and brutal social models and structures. In his review of the book in the Uniting for Peace newsletter, the Rev. Brian Cooper, vice president of Uniting for Peace, described it as follows:

“Demonstrate compassion for all of humanity who suffers from oppression and exploitation, a deeply informed zeal for global socio-economic justice and the transformative power of peoples, informing the discussion of the theory and practice of consolidation of peace and a great concern for the humane treatment of animals – these are the key themes of Consolidation of revolutionary peace. ‘

The book is certainly worth reading cover to cover to complete his political and philosophical journey as a reader, but it also serves as a great point of reference once the reader has a general idea of ​​his. contents.

The need for a revolutionary movement and organization

The book lucidly links the themes mentioned above, and it helps us to design more peaceful and non-violent ways of living in the process of building a revolutionary democratic socialist society. In other words, Jakopovich’s essays go beyond diagnosing structural and cultural problems that prevent the creation of a just and peaceful society. They also formulate the theoretical and strategic foundations of the progressive struggle for a new advanced social system.

It emphasizes the importance for the revolutionary movement and its organizations to be highly organized, better prepared to seize historic opportunities for radical change, engaged in constant education and focused on empowering its grassroots members. In a series of insightful and scholarly articles, the book discusses ways in which this can be done by increasing the political capacities of the progressive grassroots, increasing their level of organization and independence from attempts to indoctrinate and control them. subject them to capitalist, bureaucratic and other pressures. anti-progressive forces.

There are a few key pieces in the book that explore these themes in depth. There is an in-depth study of Gramsci’s theory of democratic social transformation, for example. There is also a 100-page study on the fascinating and instructive, but ultimately failed attempt to build participatory democratic socialism in the former Yugoslavia. The last article of the book analyzes the resurgence of authoritarianism and the paths towards building a very different, peaceful and democratic ecosocialist society.

For Jakopovich, the “restoration of revolutionary peace” includes:

“Building a system of rebel alliances, large-scale popular non-cooperation with oppressive structures through a wide range of activities culminating in mass and general strikes, through transformative election campaigns and other forms of non-violent mass intervention, including building a network of participatory democratic councils and assemblies (territorial and professional). Resistance organizations and communities could thus overcome the forces of violence and begin to foreshadow and develop the non-oppressive social relationships, resources, structures, processes and systems of the future ”(p.438).

One of the strengths of the book is that it demonstrates under what circumstances people are able to rediscover their own power and build mass movements capable of effectively challenging the power of the existing system. Jakopovich dedicates a poem to Rosa Luxemburg, perfectly expressing her point of view – and hers – on the need for broad popular self-activity in the process of overcoming the existing oppressive system:

“Rosa taught that just as a young eagle learns to fly by spreading its wings and gathering nerves in flight, people only take flight through concentrated efforts for enlightened autonomy…” (p.264).

One of the lasting accomplishments that remain from reading Consolidation of revolutionary peace is that the transformative journey that we must take in order to contribute effectively to the movement as socialists is all encompassing. The paradigm shift required to create a stronger revolutionary movement must encompass both raising the levels of education and awareness of the people, as well as engaging in enlightened and skillful action at the grassroots level. based. A system of rebel alliances must be developed on which the creation of a new peaceful society depends. Self-government by the people begins with empowering us as activists and courageously taking responsibility for our own contribution to the achievement of a just and peaceful society.

It is a powerful and enlightening book for anyone interested in the theory and practice of revolutionary peacemaking.

Counterfire is growing rapidly as a website and organization. We are trying to organize a vibrant extra-parliamentary left in all parts of the country to help build resistance to the government and its billionaire backers. If you like what you read and want to help out, join us or just contact us by email [email protected] The time has come! 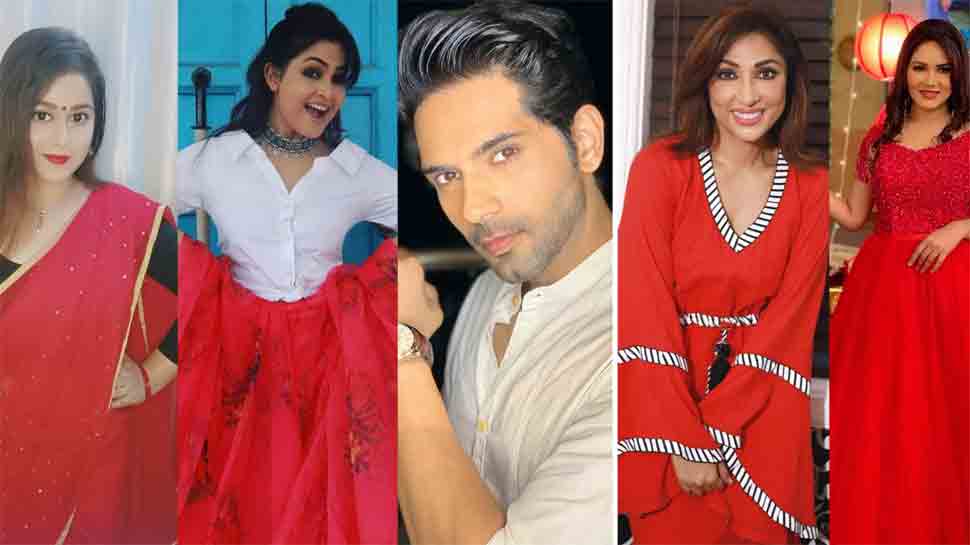 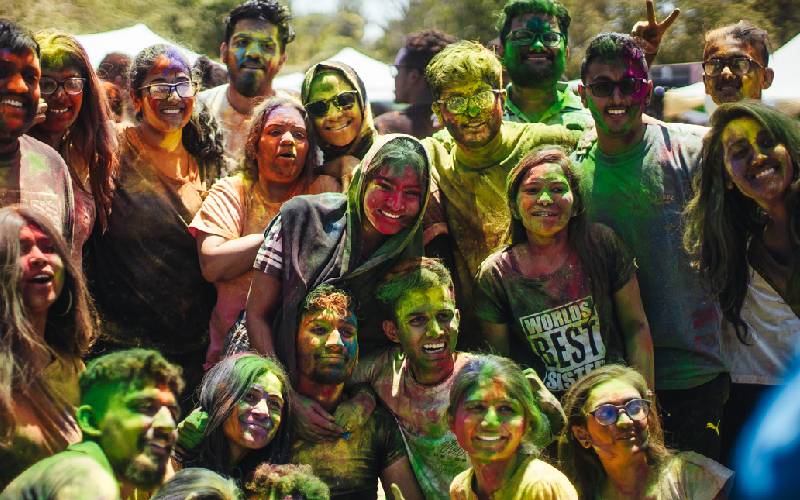