The novel Via Fursatganj, written by Balendu Dwivedi and published by Vani Prakashan, focuses on the context of Allahabad and attempts to evoke the typical Allahabad culture well known as Prayagraj. Prior to that, Balendu Dwivedi gained a lot of popularity in Hindi literature world with his novel Madaripur Junction. Both are satirical novels and at the center of their attack are our society, our politics and its anomalies.

In fact, the novel Via Fursatganj, under the pretext of a small incident in a village, explores in depth all the dominant politics and continues to expose its fibers. It emerges as a subject of wonder and how each one engages in it one by one, whether he likes it or not. Then how this initial curiosity becomes a source of concern for the administration and how it continues to get entangled in its own web woven around this incident.

Let’s try to find out from the pretext of this novel Balendu Dwivedi about his creative work.

(1) Tell us about your experience at the Kalinga Literary Festival in Odisha.

Odisha has been and continues to be a very fertile ground for literature. The Kalinga literary festival gives new dimensions to its fertility. The organization of this festival combined the Odia language with other languages, including Hindi. Thus, a new bridge began to be built between different languages, rather two cultures had the chance to know and understand each other. It is the start of a new era.

(2) What first brought you closer to literature?

I think that the first condition for entering all the arts in the world is the sensitivity of the individual. Sensitivity is the basic element that makes a person a perfect human being. Without being sensitive, you cannot create literature. When the pain of others becomes your own pain, when you feel the pain of the other go down to their level. You then fulfill the first condition for entering the world of literature. But literature cannot be created just by being sensitive. For this the second essential element is your subtle vision to understand things. And the third element is your communication skills. When If these three elements come together in a certain proportion, then literary creation becomes possible. Somehow in the formation of my literary personality these forces played a role.

3) As an Indian novelist / writer, what would you envision about the youth lineage towards the Hindi language and literature?

The literature of the older generation was based on a much broader spectrum and had a deep mixture of realism and idealism. There was a depth to the experience so different!

On the contrary, there is a great lack of these things in the writers of today’s generation. Most were born in a short time and jumped into the fray with scattered and incomplete experience. In such a situation, such a pile of books stood in front of the reader that it became difficult for him to find better literature.

Writers born on Google have hijacked a lot of literature. Google can impart knowledge, but cannot create experience. When the experience is not extensive, how will it enter the literature? The meaning of literature is not just to show ulcers of the heart with every step, as new writers do today.

Literature also has a deep social concern. Each art sculpts the inner humanity of man. Literature is also one of them. Literature refines our senses and elevates our consciousness by elevating it. Brings breadth into our thinking and our vision and we rise above personal selfishness and begin to think of all of humanity.

Today, when I see the new generation of writers writing novels in just six months, I am stunned. They are in a hurry to write, publish and make themselves known. The speed with which they create, I wish they could understand Hindustan, its character, its scent, its merits and its drawbacks ..! So maybe the sharpness of reality in his writings would have become more articulate ..! At the moment, I find the writings of new writers to be more self-centered and based on little experience.

(4) Your works are the most real expression of humanity. What factors do you adapt when working on a book?

Each writer writes himself. And I say he writes the same thing over and over again. That is why everything that is written by him is his. Only, he does so many tricks that he circles a cunning herdsman. Just like he mixes water in milk. Only he knows this mix, not the customer. A creator with his imagination too. Make everything look new. It also looks like ‘Hey ..! I also saw that. ‘I heard that too.’ Here, only the imagination and the sensitivity of the creator come into play. And this imagination and this sensitivity of each creator is his own weapon; otherwise nothing is written. He cannot write anything that he has never seen, heard or experienced; or he did not feel deeply coming down to the surface of the sensation. If reality does not come, the reader will not be able to find harmony or harmony with its story. My writing is also my self. I kept the plot from the story of Madaripur Junction where I was born and raised. Via Fursatganj also It is fiction but the reality is mine seen and lived. Likewise, the story of Khaderu and Muniya in my room is the true story of my own servant and his wife. Very similar to his life. Many people in him Munshi see the essence of Premchand’s “Kafan” story. While the reality is this story is the reality that I saw. To say that without ‘self’ included Nothing can be created by doing. Imagination and sensitivity are what sets his creation apart from others.

5) This era is more about volatile and ephemeral writings rather than reflection and intensive contact with literature. How would writers and poets strive to make a revolution?

This question is not as simple as it seems. First of all, it is wrong to conclude that this era is a volatile and ephemeral writing. Mahadevi Devi Varma said a hundred years ago that today’s poet wants to write the story of each of his breaths. Today, this trend is in abundance. A volatile and ephemeral writing is not to be excluded, but it is not the landscape of literature as a whole. The novel, which describes life’s greatest, remains the most popular genre today. Writing has never been so evocative as it is today. The tendency to look at his feelings has never been stronger than the literature of today. Today’s man of letters is more revolutionary, more revolutionary.

6) How important is the role of a literary festival in restoring the literary spirit?

Literary events provide a suitable platform for literary works. The writer himself has to do the job of bringing literature up to par. But if these events do not take place then who will know the literature? And if no one will know then who will read them? ? These events create a direct communication between the writer and the reader. Apart from that, the biggest advantage of these literary events is that they provide the opportunity to share the literature and culture of different languages ​​on a single platform, thanks to which the relationship between them A New Way is developed. open. 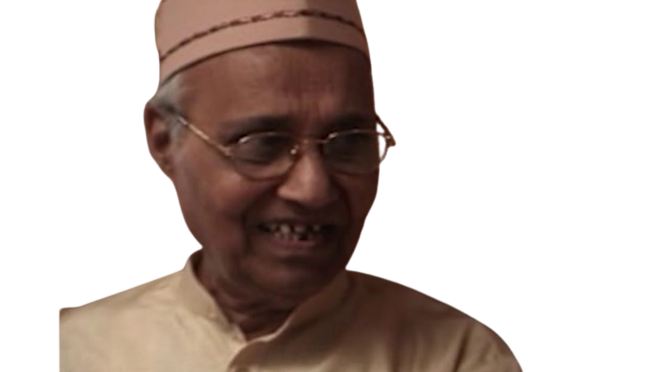 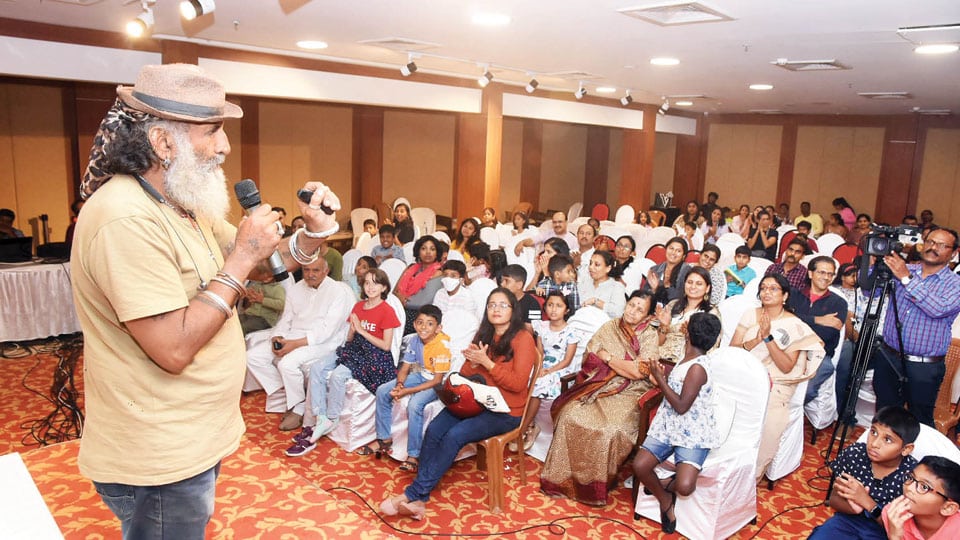