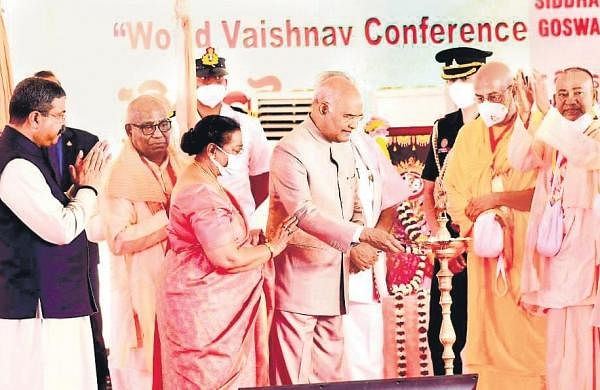 PURI: Serving the needy has been the top priority in the Bhakti culture. This spirit of service has been displayed by doctors, nurses and health workers during the Covid pandemic, President Ram Nath Kovind said on Sunday.

Opening the three-year celebrations of the 150th anniversary of the birth of the founder of Gaudiya Mutt and the mission Srimad Bhakti Siddhanta Saraswati Goswami Prabhupad and the World Vaishnav Conference at the Saradhabali stage near the Gundicha temple here, Kovind said that the saints of Bhakti-Marg were above the discrimination based on religion, caste, gender and rituals prevailing at that time. Therefore, people of all classes were not only inspired by them but also took refuge in the path of Bhakti.

The Saints championed the cause of humanity, equality, and service to humanity. Guru Nanak Dev attempted to build an egalitarian society by stepping on the Bhakti-Marg. Man chooses different paths of his own volition but in the end all reach God. This principle of India’s spiritual unity was propagated by Ramakrishna Paramhansa and Swami Vivekananda who was also adopted by Father of the Nation Mahatma Gandhi.

“God is worshiped in all his forms. But the tradition of worshiping God with ‘Bhakti-Bhav’ (devotion) has been important in India. Many great saints have practiced selfless worship here and among them, Sri Caitanya Mahaprabhu holds a special place. Inspired by his extraordinary devotion, a large number of people have chosen the path of Bhakti,” Kovind said and expressed his confidence that the Gaudiya mission would succeed in its resolve to spread Chaitanya Mahaprabhu’s message to the world.

Earlier in the day, the President accompanied by First Lady Savita Kovind and her family members visited Chaitanya Gaudiya mutt and offered prayers to the deities presiding there. Only 40 saints who tested negative on RT-PCR were allowed to host the president. At least 40 police platoons and 200 officers have been deployed for the president’s security. 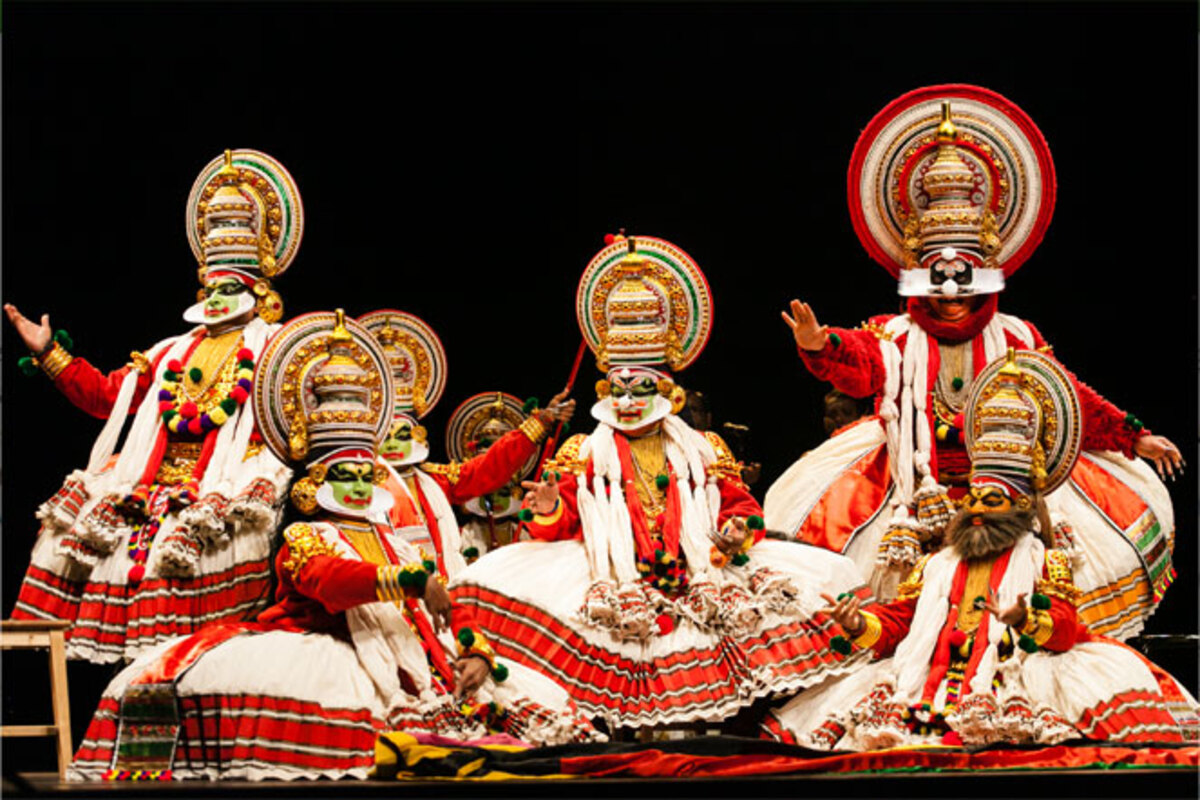 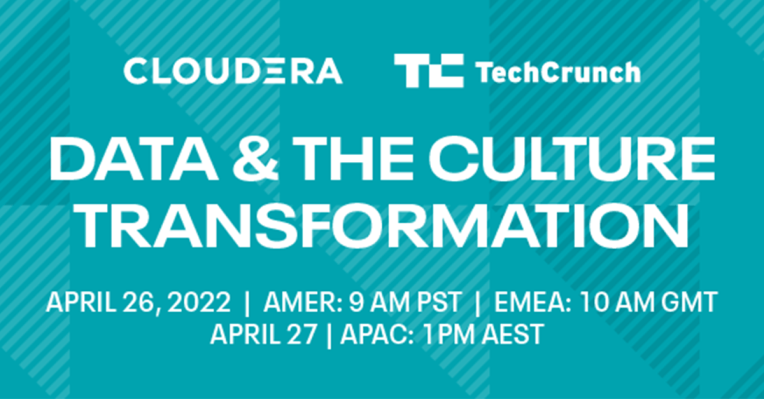 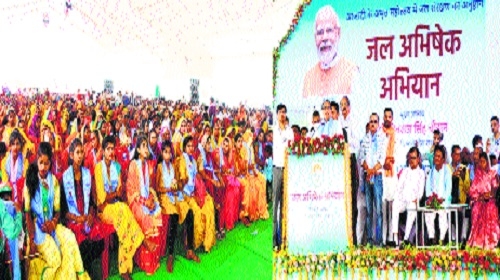 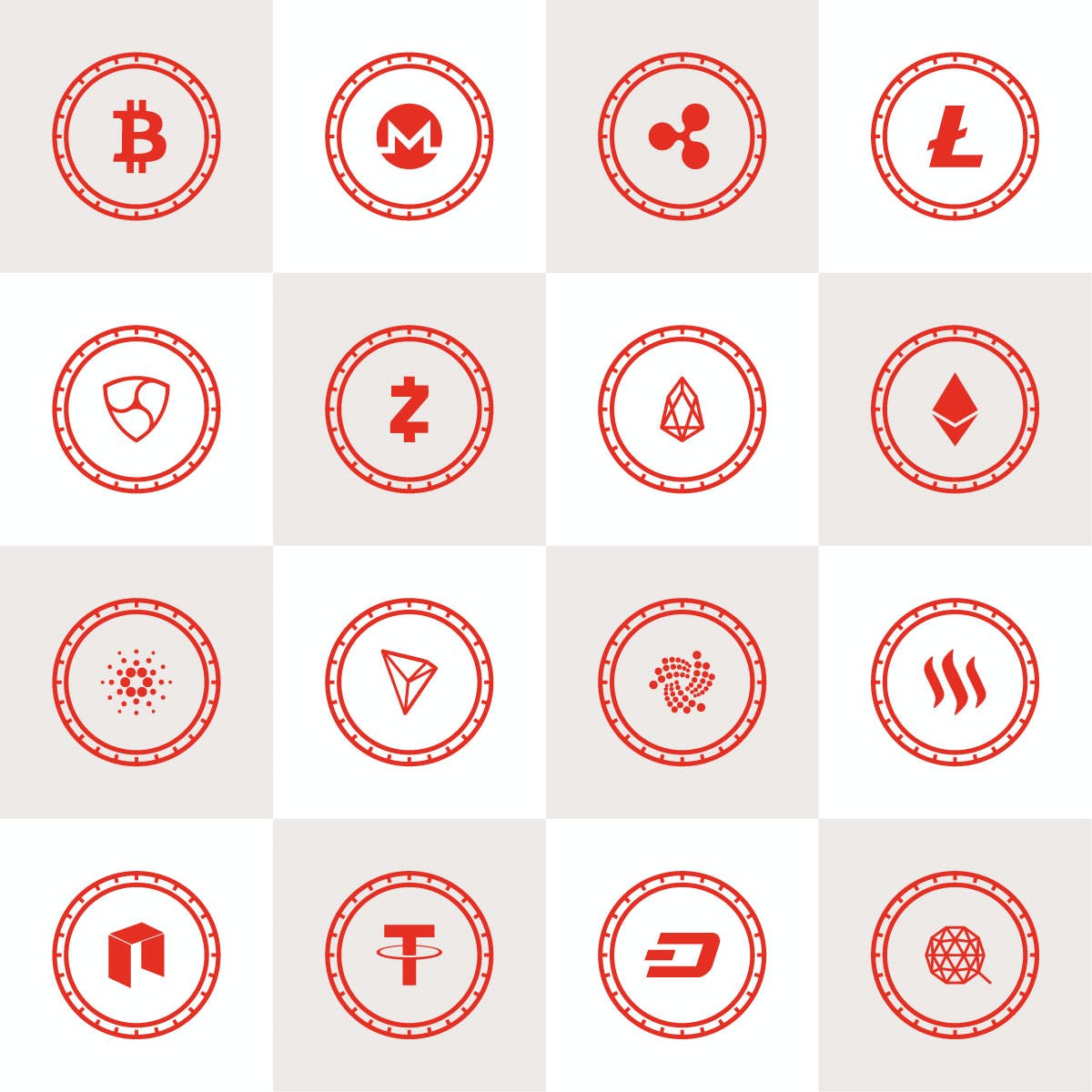