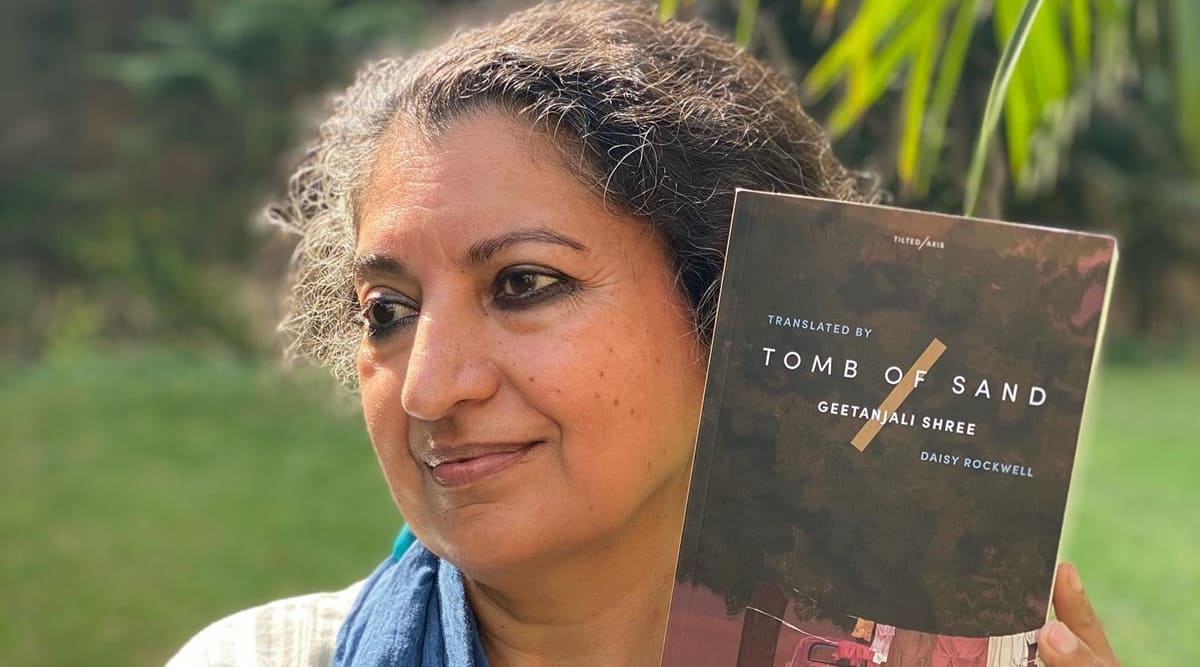 Writer Geetanjali Shree and translator Daisy Rockwell met in person for the first time days before the announcement of the International Booker Prize in London. All this time they have been working on the English translation of Shree’s Hindi novel Ret Samadhi (2018, Rajkamal Prakashan), which was published under the title sand tomb in 2021 by independent publishing house Tilted Axis Press, their relationship had unfolded slowly over time, through “hundreds of emails” during the translation process. Both have won the 2022 Man Booker International Prize, the first book written in an Indian language to win the honor. It is also the first novel translated from Hindi to be recognized by the award. “This victory is a vindication of all that translation can do. Daisy Rockwell takes Geetanjali Shree’s incredible Hindi novel, many parts of which actually reside in the language, words and sounds rather than the conventional story, and creates a stunning work in English that shows how translation can stretching and bending the tongue to be faithful to the original work. I can’t help but rave about this book because it gives translators a real purpose,” said Arunava Sinha, one of India‘s most prolific translators of literary works from Bengali to English.

The worldwide recognition of Indian literature also highlights the growing importance of translations in the hierarchy of literature. Over the past decade, translation works have grown tremendously, winning some of the top literary awards in India and abroad. The annual JCB Prize of ₹2,500,000 is awarded to a distinguished work of fiction by an Indian writer working in English or fiction translated by an Indian writer. Over the past five years, more and more works in translation have appeared on their shortlists, along with that of Ms Mukundan Delhi: a soliloquy (Eka), translated from Malayalam by Fathima EV and Nandakumar K, winner in 2021, and S. Hareesh’s Mustache (HarperCollins), translated from Malayalam by Jayasree Kalathil who won it in 2020. Abroad too, independent publishing houses have risen up to promote literature in translation from Asia and Africa. Shree and Rockwell’s book, for example, was published by an independent press created by translator Deborah Smith, who invested the prize of her International Booker Prize in 2016, for the English translation of The Vegetarian by Han Kang, in establishing Tilted Axis Press to bring Asian literature to a global audience.

Announcing their victory on Friday morning, Frank Wynne, Irish translator and chairman of the judging panel, said: “…We were captivated by the power, emotion and playfulness of sand tomb, Geetanjali Shree’s polyphonic novel of identity and belonging, in Daisy Rockwell’s exuberant and driving Translation. It is a luminous novel about India and the score, but one whose haunting brilliance and fierce compassion weaves youth and age, man and woman, family and nation into a kaleidoscopic whole. .

“It’s not just about me, the individual. I represent a language and a culture and this recognition puts into perspective the whole world of hindi literature in particular and Indian literature as a whole,” said Shree, 64, author of three novels and several volumes of stories, after her victory.

Located in northern India, sand tomb is a story that examines boundaries – between nations, religions and genders – even as it follows the story of Ma i, its octogenarian protagonist, whose husband’s death pushes her to evaluate her choices. Over time, Ma i finds her way back to life, letting go of convention and choosing to confront the demons of her past – the trauma of the score – in an effort to assess the many roles she has played throughout her life: mother, daughter and eventually a feminist. Reminiscent of the worlds created by Hindi novelists Krishna Shobti, Shri Lal Shukla and Vinod Kumar Shukla, Shree’s book is steeped in old-world charm and an enchanting disregard for convention. The narrative voice happily alternates between humans and birds, butterflies and doors, and despite the gravity of its theme, the tone is humorous and bubbly.

“The Exuberant and Magical Novel of Geetanjali Shree Ret Samadhi and Daisy Rockwell’s utterly brilliant translation sand tomb win the Bookers International Price is well deserved in every sense of the word. It is a narrative for our time, breaking down boundaries and borders to affirm the human spirit through the unforgettable figure of Ma i, or Badi Ammi. It will bring the richness and nuance of contemporary Hindi literature to another wider readership. I am absolutely delighted for them and for us. Good things are happening around us in literature amidst all the darkness and despair and we all deserve congratulations on the victory of Geetanjali and Daisy Rockwell,” said novelist Namita Gokhale, one of the organizers. from Jaipur Literature Festival (JLF). Shree will be participating in the London edition of the JLF this year.

Literary agent Kanishka Gupta, who represents Rockwell globally, said the International booking win is a milestone for Indian literature. “Since its publication, the book had created a buzz among book groups and reputable Stagrammers, but it is quite sad that a book of this magnitude, even after being shortlisted, received so little attention from mainstream media in the West. This victory will now change the way Indian-language literature is viewed in the West.

Based in Vermont, Rockwell, painter, writer and translator who translated a number of Hindi and Urdu classics such as Upendranath Ashk falling walls (2015), by Bhisham Sahni tamas (2016), and that of Khadija Mastur The women’s court (2018), has won several accolades for his work. His 2019 translation of Krishna Sobti A Gujarat here, a Gujarat there received the Aldo and Jeanne Scaglione Translation Prize from the Modern Language Association. Rockwell is also the winner of the 2019 English PEN Translation Awards.